I am no admirer of Arnab Goswami or the kind of journalism he practices. In fact, I refuse to acknowledge him as a journalist for reasons that is not the subject of this post. However, the way he has been picked up by the police raises many legal questions.

One may recall that the case involving Arnab Goswami had been filed by a family member of the deceased u/s 306, 34 IPC. After initial investigation, the police had closed the case, the particulars of which are not known as yet. But most probably, the police must have filed a C Summary Report, way back in the year 2018.

Now, the Alibaug police has reopened the case.

Legally speaking, the police can always reopen a case, provided that there is a change in circumstances by way of any additional evidence going to the root of the matter. In this case, what is that additional evidence is still not known. All we know is that the complainant had petitioned to the Home Ministry to do so. If that is the only ground for reopening of the case, I am afraid, the police will cut a sorry figure in the court.

If at all, the Home Ministry or the Police wanted to reopen the case, it ought to have made further enquiry before doing so. The police ought to have also summoned the accused for interrogation on the basis of the additional evidence, if any.
By not taking recourse to these procedures, the police can easily be accused of high-handedness.

Apparently, the police did so in order to deny the accused an opportunity to approach the court for interim protection from arrest.

The Maharashtra police has behaved in the same manner as the Delhi and UP police have been behaving in the recent past against political opponents, dissidents and Muslims.
There was no reason to believe that the high profile accused would abscond or would not be available for investigation.
But the police continues to abide by the wishes of their political bosses.

The genesis of this malaise is rooted in the The Police Act, 1861 which was enacted by the colonial rulers in the aftermath of 1857 Uprising. It was enacted and used specifically to subjugate the natives of British India and also to serve the interest of the Empire.

Tragically, this Act has continued to be in force even after India became a republic. It is the mother of several state enactments, including Bombay Police Act, 1951, which now serves the political purpose of the rulers..

In the case of Prakash Singh v/s Union of India (2006), the SC had issued directions, inter alia, to de-link the police department from the Home Ministry so as to make it impartial and independent. These directions were further reiterated in subsequent cases. In the year 2012, the SC called CBI a “caged parrot” while emphasizing the need to make the police as well as CBI independent.
But no political party has shown any willingness to implement the directions of the Apex Court. The reasons are not far to seek.

It may sound premature at this stage, but the charge u/s 306 against the accused in the present case may also not sustain.
The SC in a plethora of judgments (Chitresh Kumar Chopra case 2009, Gangula Reddy case, SS Cheena case) has held that mere failure to pay the amount due cannot be constituted as an abetment to commit suicide.
Several HC judgments have also held that the failure to pay the money due by the accused cannot be constituted as an act of abetment (Ajay Patodia v/s State of MP – 2004, Santosh Goenka V/s State of Maharashtra – 2009).

In this case, the deceased had been demanding his charges of interior decoration which he had done in the house of Arnab Goswami.

What is pertinent to note is that in non-matrimonial cases u/s 306 of IPC, there is no statutory presumption as envisaged u/s 113 A or 113 B of Evidence Act. This makes it even more difficult for the prosecution to prove its case.
Merely because someone has committed suicide due to a civil dispute or hyper-sensitivity, it cannot be inferred that the accused is guilty of abetment.

We all know that in the case of SSR, even CBI has met with a fiasco.

I won’t be surprised if, in future, Arnab Goswami takes up the matter to the Supreme Court and even gets an Order for compensation either for wrongful arrest or malicious prosecution. 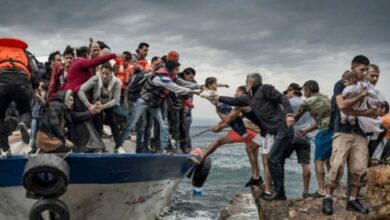 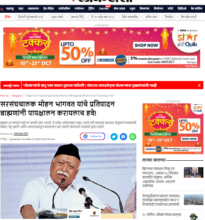 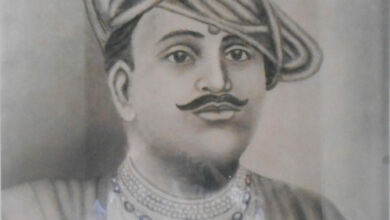